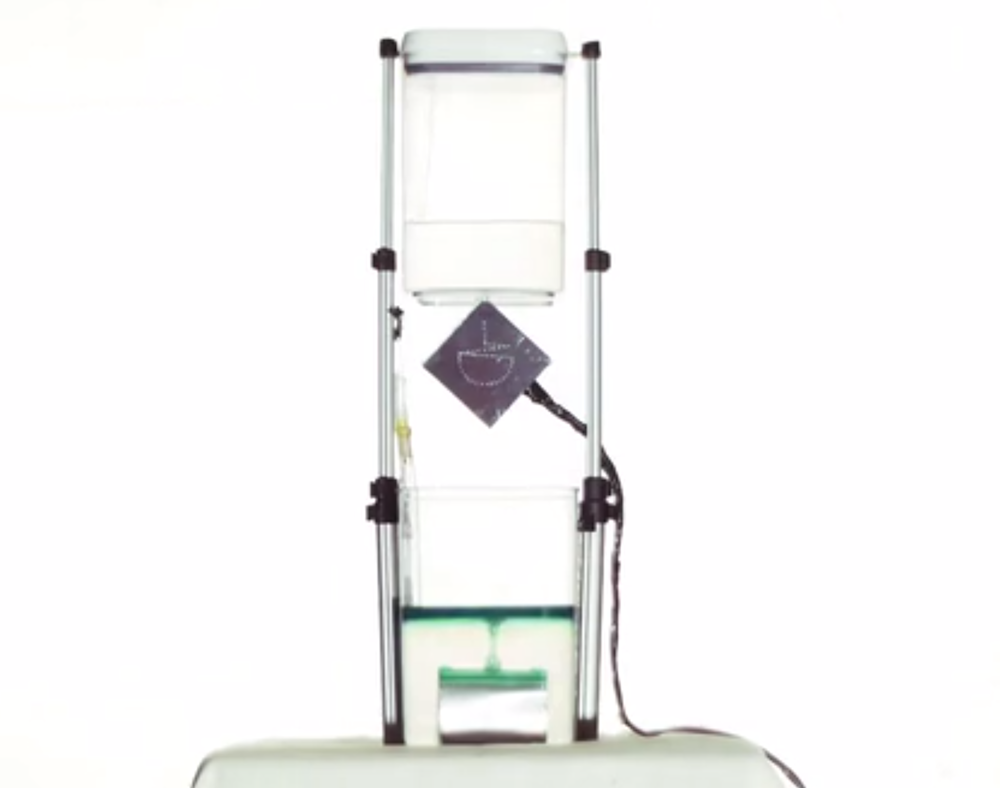 Peachy Printer which according to their website (www.peachyprinter.com) is the ‘Worlds Cheapest 3D Printer’, has launched a kick starter campaign that has collected more than $140,000 on Kickstarter in a little more than 48 hours. So I am sure you are thinking… What’s all the fuss about?

Well…
People seem to be really attracted to the open-source hardware and software, and the suggested price point of $116 per kit. Which sounds way to good to be true. Well, it is.

How it works
Peachy , a cube-shaped device , uses an amalgamation of photolithographic printing — a procedure involving a powerful laser configured to mold resin into preferred shapes — along with a salt water-based drip process that slowly adjusts the height of the object . How Peachy converts a 3D print model from computer screen to the tangible printer could possibly be significantly more fascinating , .

Users needs to initially produce the desired 3D model with the free software program Blender , which can import almost any CAD file . Peachy’s open-source plugin evaluates the 3D model and then converts the data into an audio waveform . The host computer’s headphone port transmits that signal to the Peachy Printer by means of a standard stereo audio plug . Possibly the Peachy Kickstarter perfectly explains what happens next :

The host computer in addition performs a role in the drip system , as the technique is dependent on the computer’s microphone port to listen for and count each individual drip so that it understands when to stop the process.

Furthermore, the affordable machine works with modern digital camera models of practically any variety ( Webcam , dSLR , etc . ) for real-time 3D scanning . After initiating the scan , the user rotates the item in front of the Peachy Printer. A laser discharges from Peachy and scans the intended object into a 3D model document. Check out the description on the Kick Starter page:

The software we wrote in Blender then searches through each pixel in every frame looking for the point where the laser is hitting the object. Next it calculates the distance of those pixels from the objects rotational center and plots the points and mesh accordingly in 3D space. You now have a 3D model of the real life object you scanned.

Check out the video below of the printing process and more information on the kick starter campaign here.