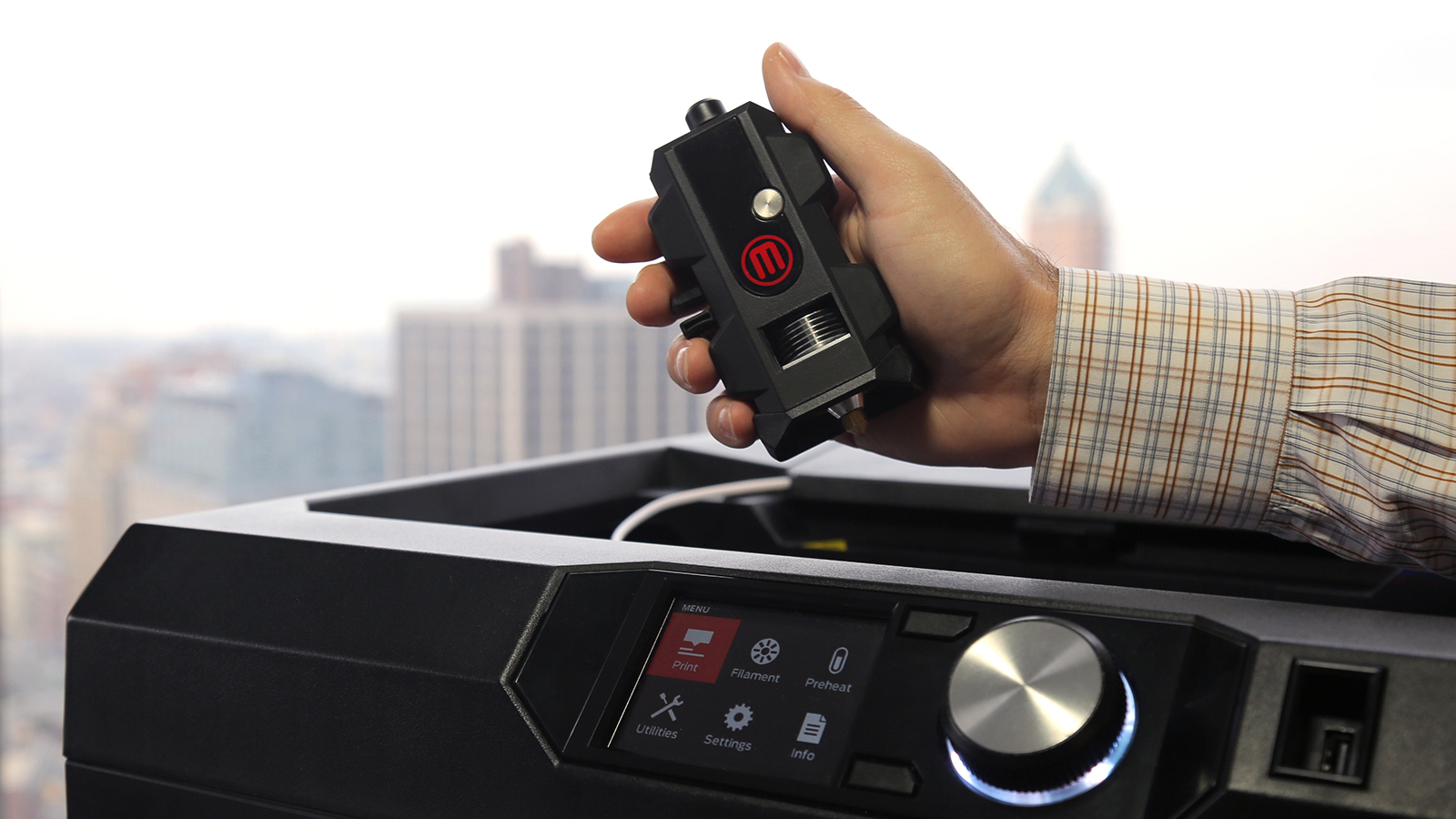 Brooklyn 3D-printing company MakerBot today released the newest version of its Smart Extruder, arguably the most crucial component of the company’s desktop 3D printers—as well as the component that landed the company in the courtroom last summer.

The extruder is a generic part found on numerous desktop 3D printers. It’s what dispenses the plastic filament used in the creation of 3D prints. An extruder that clogs or even wears out quite easily can leave consumers in a lurch. So when MakerBot first was released with its Smart Extruder, the company appeared to have created a simple fix: Not only was the piece supposedly simpler to use, it was also swappable, meaning only the extruder needed to be replaced.

But customers quickly complained about MakerBot’s Smart Extruder, saying it clogged quickly and had a short life expectancy. The part had an 80% return rate when it initially shipped and in July, investors filed a class action lawsuit against Stratasys, MakerBot’s parent company, declaring it had misled investors by “knowingly putting a faulty product into the marketplace,” according to 3DPrint.

“We are very constrained as to what we can say about the lawsuit, but we intend to mount a vigorous, aggressive defense,” a MakerBot spokesman told Fortune. It’s the identical sentiment CEO Jonathan Jaglom articulated when MakerBot opened its new factory the same month the lawsuit was filed.

MakerBot claims its new Smart Extruder+ is more dependable, consistent, and longer-lasting than its original Smart Extruder. At $199, it’s slightly more expensive than its previous counterpart, although current MakerBot customers can buy it for $99. Testing by both MakerBot and Stratasys found the new extruder may well print for more than 700 hours, and a press release from the company claims that the “vast majority of test units were still printing successfully at 1,200-plus hours of print time.”

Designed for MakerBot’s fifth-generation line of printers—the latest MakerBot Replicator, as well as the Z18 and the Replicator Mini—the Smart Extruder+ also enjoys the benefits of updated software the company released in the fall, which presumably will make for faster print times. In addition to being swappable, it also comes with sensors that detect when more plastic filament is needed to complete a print, and will therefore pause the print job while sending MakerBot customers a notification via computer or phone.

What customers have to say about the new extruder, which begins shipping later this month, will be important. MakerBot has already taken its share of hits in 2015, weathering two rounds of layoffs and declining revenues as newer desktop 3D-printing companies compete for a greater share of a growing overall 3D-printing market.
But MakerBot CEO Jaglom, who will speak during a Thursday panel at the Consumer Electronics Show on the mass-marketability of 3D printers, is optimistic. In previous interviews he has told Fortune that MakerBot is “well-positioned” to own a large portion of the desktop 3D printing market over the next decade.